Fixated on the big screen’s sound and fury, I’d eaten all my popcorn in a mindless frenzy. On my right, a friend tapped my arm conspiratorially. I leaned over, waiting for him to whisper some bitchy remark that I’d later repeat as my own.

“God, I love those chairs.”

Hey, that thing Hugh Jackman’s sitting on would look great in the flat

We don’t always just watch films for the obvious reasons. Some of us love films for inspiring interior design, whether we are conscious of it or not. While we’re immersed in the action, the acting skills, the six-packs, the ironed hair, the editing cheats, the camerawork and – hopefully – wonderful lighting, our shopping minds are playing Pinterest: “Hey, that thing Hugh Jackman’s sitting on would look great in the flat.” Good design is the bedrock of filmmaking, of capturing the aesthetic of design that tells a story. I once asked Jenny Beavan, Oscar-winning costume designer, why she got into the industry. “I’m a storyteller,” she said. And with film, as in life, the best story wins.

This is why one chair is seen more both in real life and in movies. According to Le Corbusier, who used it at the 1925 Paris Exhibition, this chair is both “noble” and “common”. According to Oscar-winning production designer Catherine Martin, it is “inexpensive, beautiful and has withstood the test of time.” It is the Thonet 14, which, after twenty-five years of experimentation, became the world’s first successfully mass-produced chair in 1859. It is easy to make as it is to stick in a shipping container (36 of them can fit in a small box). By 1930 it had sold 50 million units.

It is the design classic whose pieces you’re most likely to find in a skip – the Thonet’s bentwood frame, legs, back and seat come in six cunning elements, held together with a few screws. But it is also the design classic you’re most likely to prize. Lenin, Picasso and Einstein all owned a Thonet 14. The ‘Vienna coffee house chair’ is still being manufactured in the same way, by hand in Frankenburg, Germany, by Thonet’s own wood-benders. It is one of the most successful industrially designed products ever made. 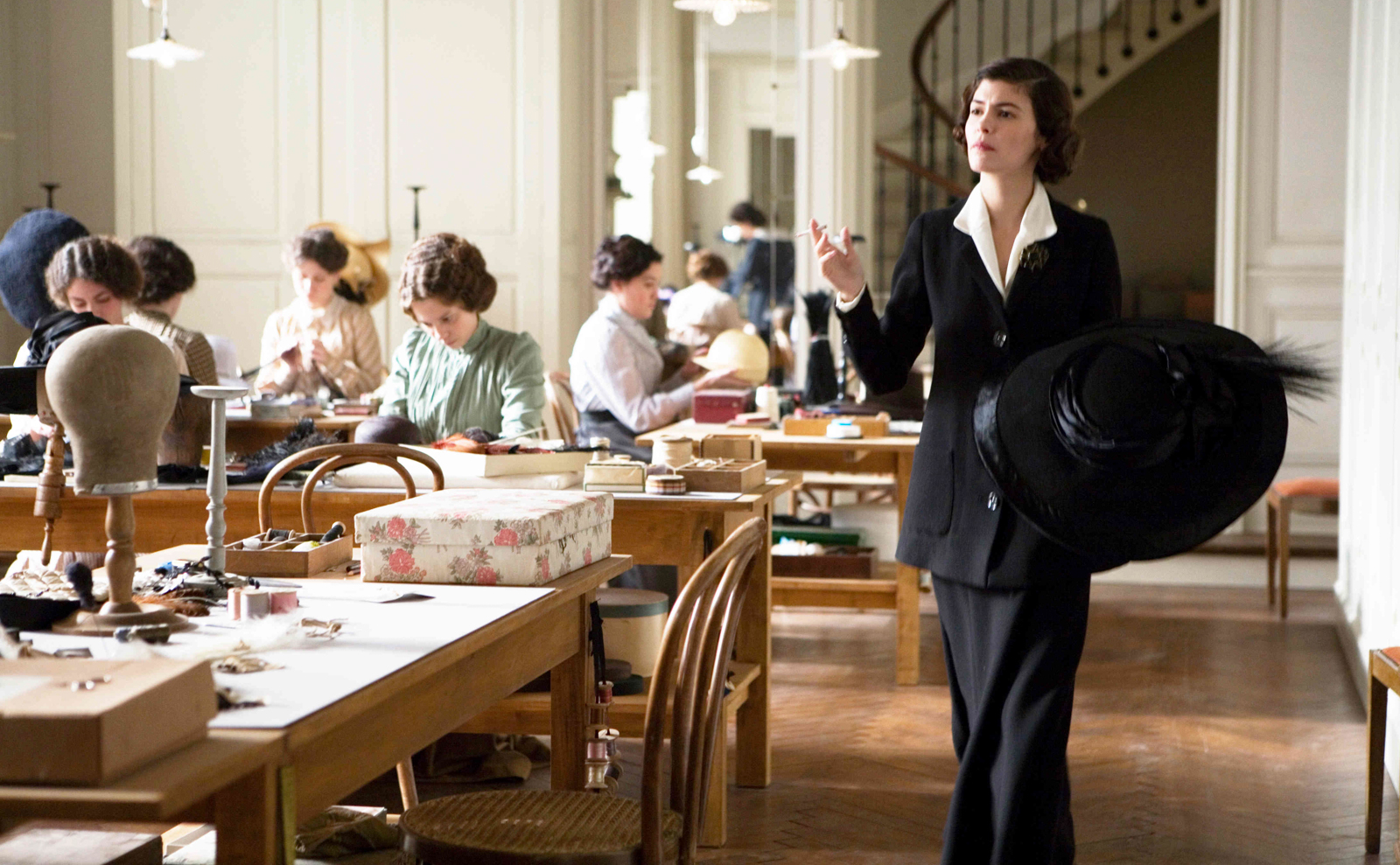 The Thonet in Coco Avant Chanel, 2009

Prodigious production designer Jonathan Lee says the Thonet 14, “was a revolutionary industrial design… its elegant, honest ‘form follows function’ ethic shows that mass production need not mean poor design but, in fact, quite the opposite.”

This is why the chair, along with its siblings the 4 (the ‘Café Daum’) and 18, appears in films wherever the common credibility and sleek, functional comfort is needed. The Thonet bentwood chair looks like it straddles the centuries; it is that look production designers, art directors, propmasters and set dressers need. Although Thonet doesn’t track where their product has been used cinematically, Thonet bentwood can be seen in Brief Encounter (1945), in the café scene. They’re on stage supporting the hardworking women of Flashdance (1983). They’re representative of the wise style choices that herald the secret life of Hal Fields (Christopher Plummer) in Beginners (2010). Spy them in Coco Before Chanel (2009), The American with George Clooney (2010), Julie And Julia (2009), Cabaret (1972), Bugsy Malone (1976), Clueless (1995) and of course, piled up by ghosts in Poltergeist (1982). What other chair would be used in the dining room at Pinewood Studies?

Mark C.O'Flaherty remembers the legend, the man and the chairs